So your Religion is Hate and Anger as everyone can read. You probably will get banned soon from this Community. A Pro tip: If you want to sound professional, work on your English and your Anger management.

Now buh-bye troll have fun in my ignorelist

CHR1S schrieb:
So many Wars have been fought because of Religion. So many lives have been lost because of religion. Religion isn´t healthy. So why are you even try to talk about religion ? Are you a Warmonger ?

Another point of view is: Religion is like a Penis. It´s good to have one and you can be proud of it too, but never pull it out in front of Children or in Public.

This being said, Go and try to convience other people about your Religion. Here you won´t find any followers.
Zum Vergrößern anklicken....

oh yes worlds biggest wars in which atomic bomb used by americans on japanese ( which were actually stolen from you germans ) was actually caused by religion, instead of your greed for having everything in german style, and making trade with india and because of your industry.

and so many womens did not got rapped at all from 8 year to 80 year old of germany when you lost the war. and they americans and russians made so many aggressions upon you. ( its was due to religion instead of industry and atheistic pigs )

and what penis huh? everything is forcefully pushed into english by proving other things illegal but fun is religion is like an cock and you are all gays ? right ? and only religion has got solid cock and you are all faggots ? ( waha )
_______________________
and dont put me into the catergory of others, because i do have solid, verifalbe and tangible facts taking historical, philosophical, social, or whatever point of view is there within this world all are speaking within my side.

and its fun to see the same opposition in german style now. just as im daily meeting in english. nothing new, same chewing which has already being chewed. and dont accept the actual purpose of human life and rot within this world.
D

From zero to hero.

Thanks for making me laugh.
May the gods bless you.
Zum Vergrößern anklicken....

and you are whore on your knees with my cock into your deep throat ( by pying without invitaiton ) but you are an shameless whore. otherwise others atleast have got some sense of shame.

and at what you are laughing ? huh?
D

CHR1S schrieb:
So your Religion is Hate and Anger as everyone can read. You probably will get banned soon from this Community. A Pro tip: If you want to sound professional, work on your English and your Anger management.

Now buh-bye troll have fun in my ignorelist

thank you for shfiting burdon of proof on me, but im not mad that i will hate or be angry on anything without having good reason to be it.

but thank you for calling that to me, and same things you have done which english are doing, nothing new, thank you for your give dog bad name and hang it while fondling my cock with your tongue. ( by pying without invitaiton )

and if im an troll than what you would be ? huh? ( whore on your knees with my cock into your deep throat { by pying without invitation }) what are you slut ?

and dont think that all of your other members have touched any single issues ( just like yourself ) so that you will ignore me next time. for ignoring me you have to touch any issues at all,

simply making big big shows from the very starting without bringing anything genuine or sound solid things plainly claiming HEY! we are intelligent, you have to prove yourself and than you can open your mouth, otherwise you are as good as any ordinary street dog who says bow, bow, bow. ( and i never seen german idiots before this ) but thank you for proving it that you are also no better than any random person.

daraa schrieb:
thank you for your rubbish nonsense, and good luck if you think that you were perfect in the past, but nothing is perfect within this material world which is an pervert reflection of spiritual world.

You need to fuck my friend, you seem to be obsessed with your cock in someone's mouth.

Btw:
Who invited you to spread your message of 'love' in this dignified halls?

Let me now invite you all to forego further profanities, on pain of getting banned from the forum temporarily oder permanently. Please do also note that red colour highlighting is a privilege of the forum team.

Thank you very much.

IchMagMeinStauder schrieb:
You need to fuck my friend, you seem to be obsessed with your cock in someone's mouth.

Btw:
Who invited you to spread your message of 'love' in this dignified halls?
Zum Vergrößern anklicken....

is that is why you are giving me free deep throat ? ( by pying without invitation ? ) huh? is that is why you grabbed my genitals without my liking your doing such things with it ?
_____________________________
and do not call it an foolish message of love ( like you have done with islam ) for its an purpose of human life, and since when you varna sankaras become to that high level for fitting in dignified, but its fun how you fools praise your own selves and another fools. its fun to see such foolishness.
D

Ein wilder Jäger schrieb:
Let me now invite you all to forego further profanities, on pain of getting banned from the forum temporarily oder permanently. Please do also note that red colour highlighting is a privilege of the forum team.

Thank you very much.

im not mad that i will throw shoe filled with potty and urine on anyone without any good reason, but if you will act like an moron or idiot than i dont care that such idiot has got the post of mod or admin, i will not stop from throwing it, if you did not behaved or acted nicely.

for the gentle behaviour is for gentleman, not for street dogs, so as you will act so you will get the result, that is it.

so before speaking anything nonsense thing twice.

hehe its fun to see this warning, have i said anything wrong in it ? this much intelligent people are ruling over us. ( amazing ) thank you for not directly banning me, ( for i was expecting that hting from such an intelligent man like you )

Do not deny the Shoah.

Do not discuss team interventions publicly.

And you will not get banned. Now back on topic.

Ein wilder Jäger schrieb:
And you will not get banned. Now back on topic.
Zum Vergrößern anklicken....

Did you ever hear the tragedy of Darth Plagueis The Wise?
R

There is a creator.

He and his creatures did this.
A little glimpse into creation follows.
.
.
.
.
. 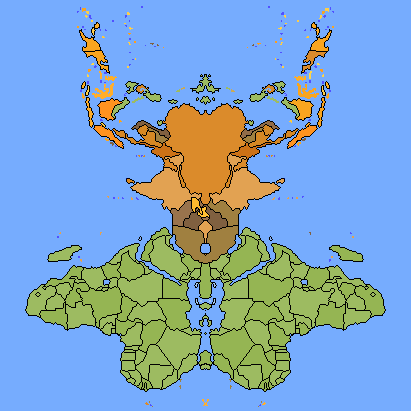 daraa schrieb:
and what religion has caused the ww1 or ww2 ? huh? its you germans and british ( demons ) who did it, and your industry, ( which has caused it ) it causes hatred, but are you germans also any different from those britishers ? if you have hitler than they have churchill.
Zum Vergrößern anklicken....

If Hitler was the creator s puppet, Churchill could have been one too.

The will of the creator has been fulfilled. It was part of the creator s plan to ...... ???.....
It s up to you to give an answer. The one i want to hear to confirm that the knowledge
from the previous picture is not new for you.
Hint: It s not about jews / Shoah.
I don t know if they are asking why their god the creator did not save them from industrial annihilation.


daraa schrieb:
religion is not in power at current but you atheistic varna sankaras, whether you may be germans, russians, amercians, or britons,
and your entire europa is like that.
Zum Vergrößern anklicken....

I have a different opinion. Religion to serve the creator or a successor is in full power in Europe.


daraa schrieb:
and everything is sufficient within this world to fullfill everyones need, but you greedy europeans have passed whimsical laws to deplete the economy of everyone, and blaming everything on god and religion, but than where you varna sankaras would go ?
Zum Vergrößern anklicken....

Europe is working for the creator. In Europe an African works more effectively for the creator than in Africa.
I m happy if i could help a little. Bring some light into the dark. Ohh, that s not enough because of his last question.
Where would Europe go?

IchMagMeinStauder schrieb:
Did you ever hear the tragedy of Darth Plagueis The Wise?
Zum Vergrößern anklicken....

fantasy is amazing, good luck if it helps you anywhere in real life at all.
D

Roman23 schrieb:
There is a creator.

He and his creatu**skip**Where would Europe go?
Zum Vergrößern anklicken....

daraa schrieb:
fantasy is amazing, good luck if it helps you anywhere in real life at all.
Zum Vergrößern anklicken....

I thought not. It’s not a story the Krishnas would tell you. It’s a Sith legend. Darth Plagueis was a Dark Lord of the Sith, so powerful and so wise he could use the Force to influence the midichlorians to create life… He had such a knowledge of the dark side that he could even keep the ones he cared about from dying. The dark side of the Force is a pathway to many abilities some consider to be unnatural. He became so powerful… the only thing he was afraid of was losing his power, which eventually, of course, he did. Unfortunately, he taught his apprentice everything he knew, then his apprentice killed him in his sleep. Ironic. He could save others from death, but not himself.