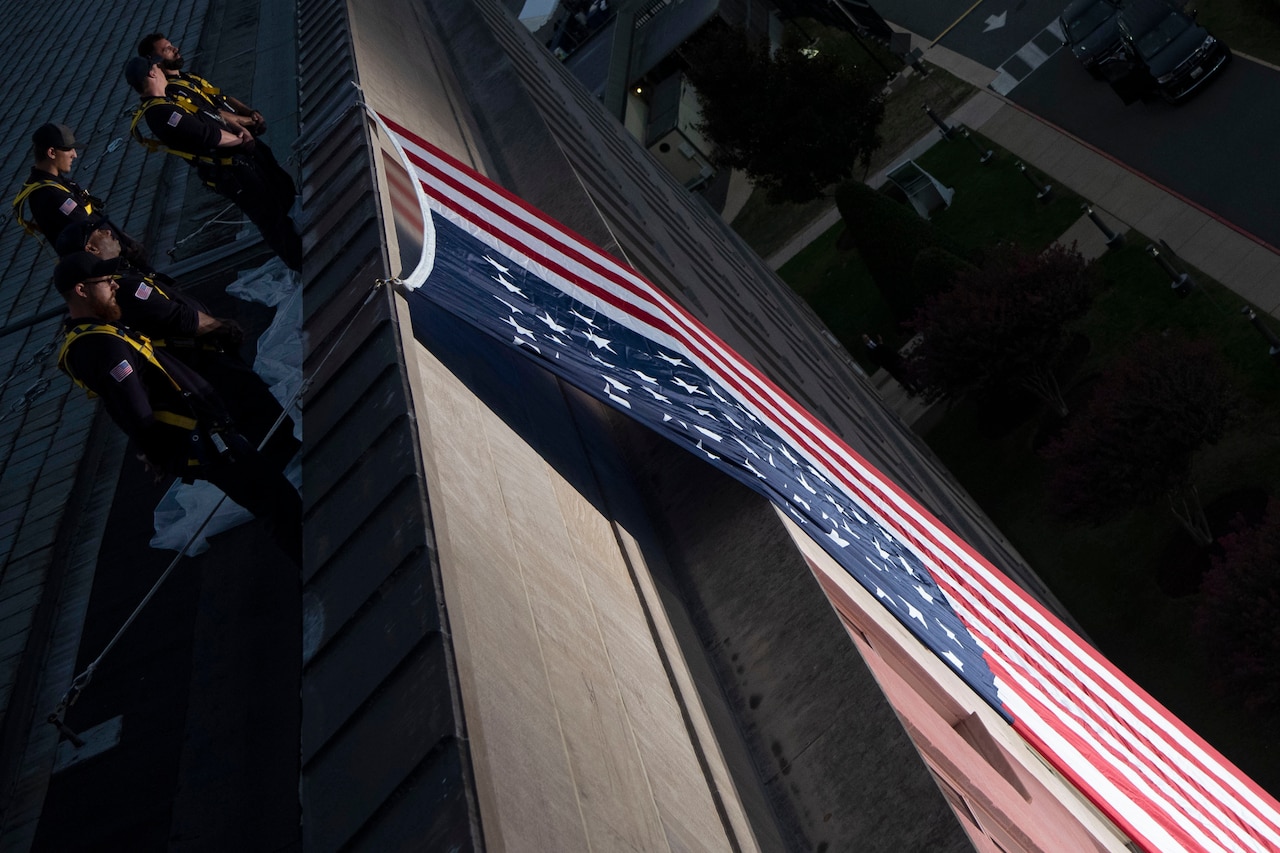 It’s been 18 years since Sept. 11, when terrorists hijacked four commercial airliners and flew them into New York’s iconic World Trade Center, the Pentagon and a field in rural western Pennsylvania,
www.defense.gov
"

It’s been 18 years since Sept. 11, when terrorists hijacked four commercial airliners and flew them into New York’s iconic World Trade Center, the Pentagon and a field in rural western Pennsylvania, killing nearly 3,000 U.S. citizens.
Whether the events of that day were etched in your memory forever, or you were too young to understand it at the time, it’s a day all Americans know changed the course of our daily lives.
Thanks to the Internet, you can easily find accounts of what happened on 9/11 from survivors, first responders, the victims’ families and officials who investigated what happened. Two New York Air National Guardsmen who were at the Northeast Air Defense Sector (now just the Eastern Air Defense Sector) in rural Rome, New York, give a glimpse into the military's role that day. NEADS was tasked with searching for the missing planes and scrambling fighter jets in response to the attacks.
New York Air National Guard Maj. Jeremy Powell was a 31-year-old tech sergeant taking part in Exercise Vigilant Guardian when 9/11 occurred. He was the first military person to learn about the hijackings, having taken the initial call from the Federal Aviation Administration’s Boston center. Master Sgt. Stacia Rountree was a 23-year-old senior airman working as an identification technician. Vigilant Guardian was her first major NORAD exercise.
Like everyone else, Powell and Rountree remember that day vividly.

1
There was a lot of initial confusion.

It took some time for NEADS to realize 9/11 was a real-world scenario and not part of the exercise. Once they did, there was even more confusion trying to find the missing planes, which always seemed to be a step ahead of them.
".

National Commission on Terrorist Attacks Upon the United States