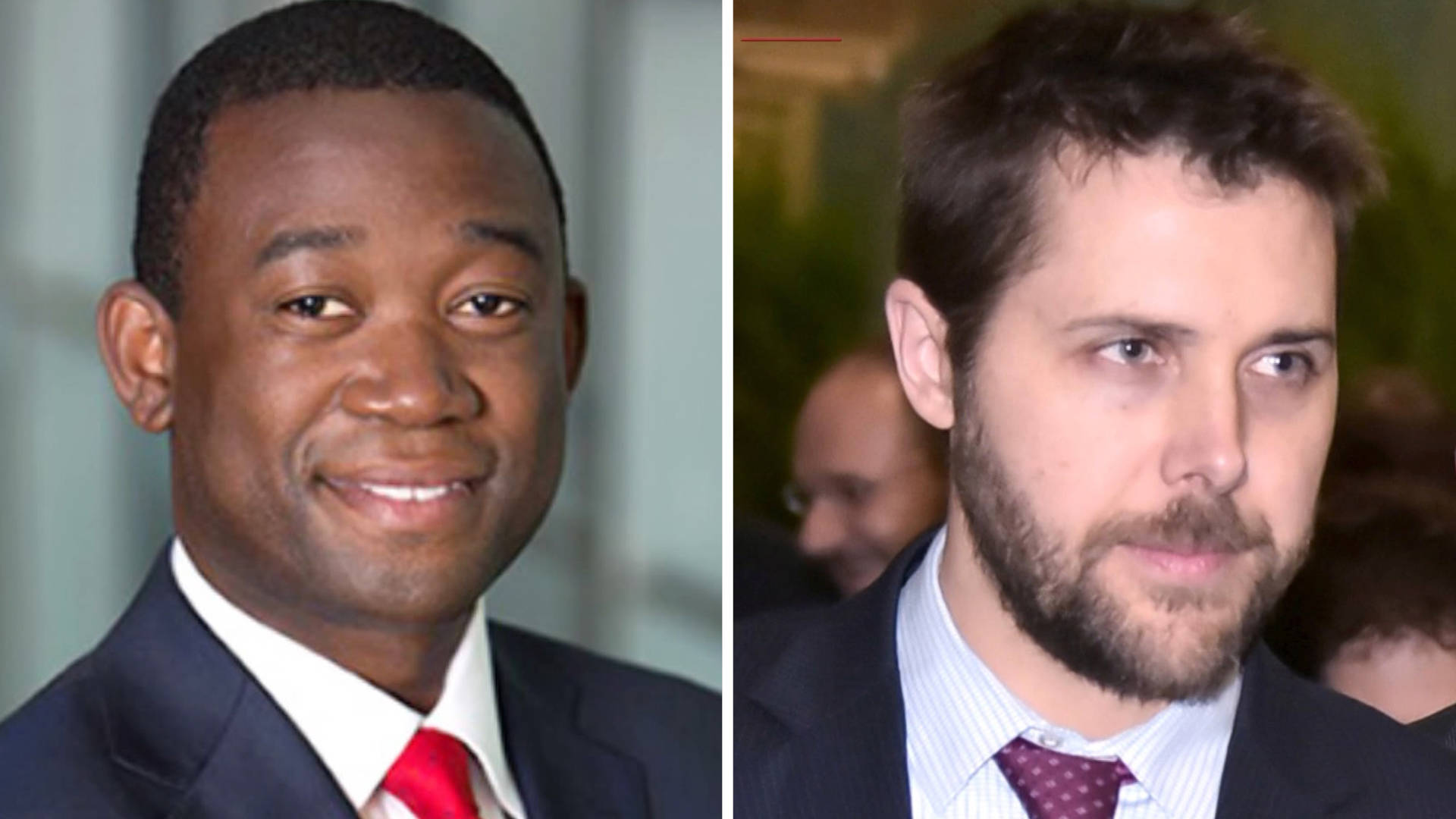 For his incoming economic team, President-elect Joe Biden has picked several people associated with the investment giant BlackRock, which has been called “the fourth branch of government.” This includes his choice of Brian Deese, a former adviser to Barack Obama, to be his director of the...
www.democracynow.org 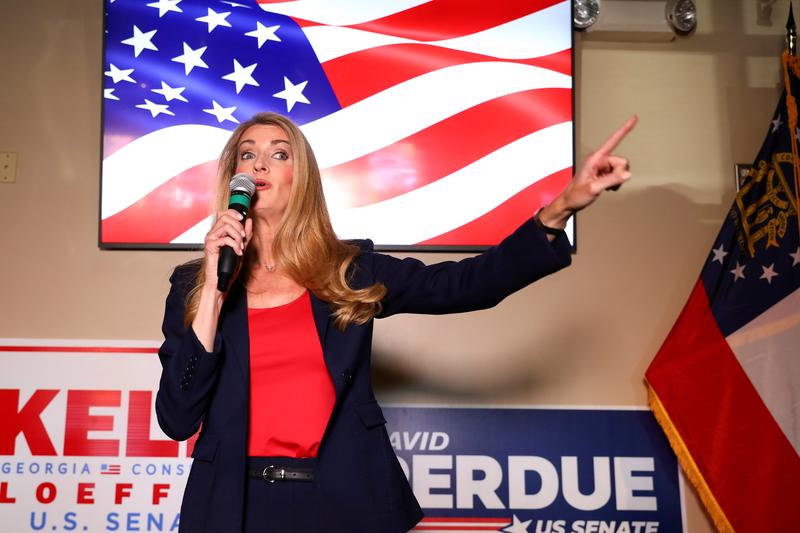 Beau Davis, a 33-year-old security specialist from the Atlanta suburbs, is the kind of voter Republican Senators Kelly Loeffler and David Perdue may need to win runoff elections next month that will determine the balance of power in Washington. 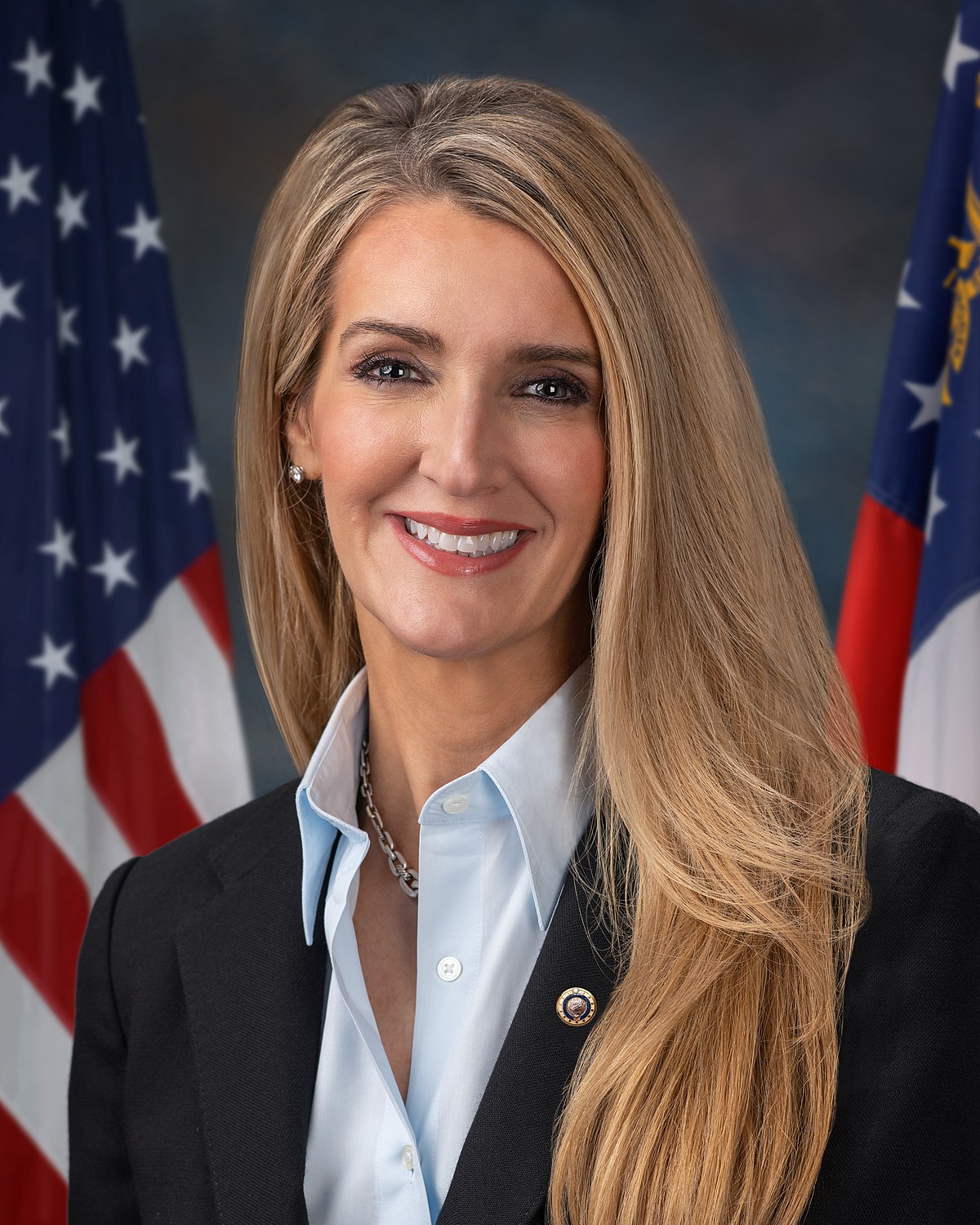 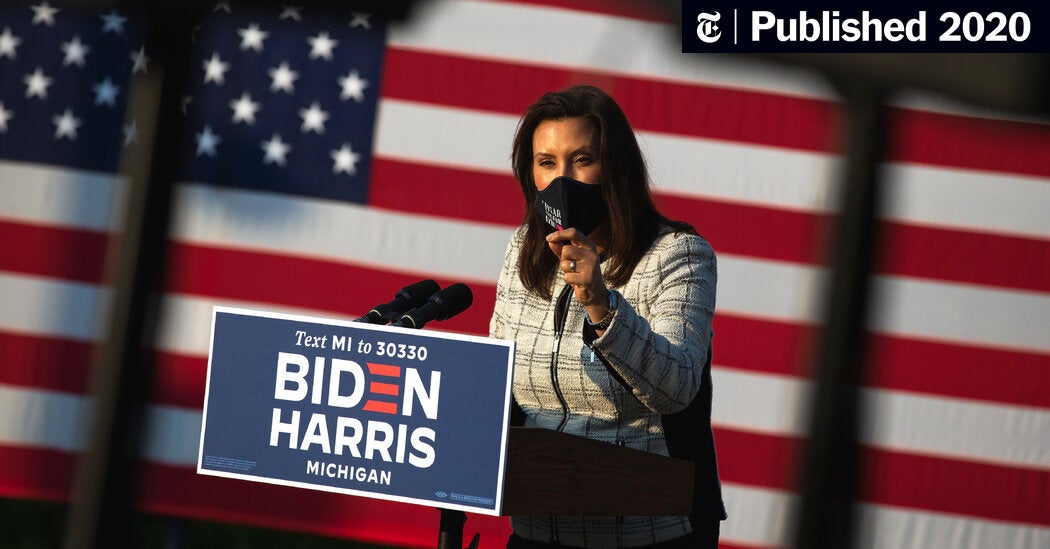 Authorities charged 13 men, some of whom were accused of plotting to storm the State Capitol building and planning to start a civil war.

"In the conspiratorial conservative base of supporting Trump, there are calls for using the Insurrection Act to declare martial law," said Elizabeth Neumann, former assistant secretary of Homeland Security under President Trump and adviser at Defending Democracy Together, on CNN's "Reliable Sources."
"When they hear that the president is actually considering this, there are violent extremist groups that look at this as a dog whistle, an excuse to go out and create ... violence," she said.
It's a concept she calls "acceleration," in which violent extremist groups, especially White supremacists, try to overthrow the United States government. These groups believe that will take place through a civil war and look to "accelerate the chaos, accelerate the coming of the civil war."
Zum Vergrößern anklicken.... 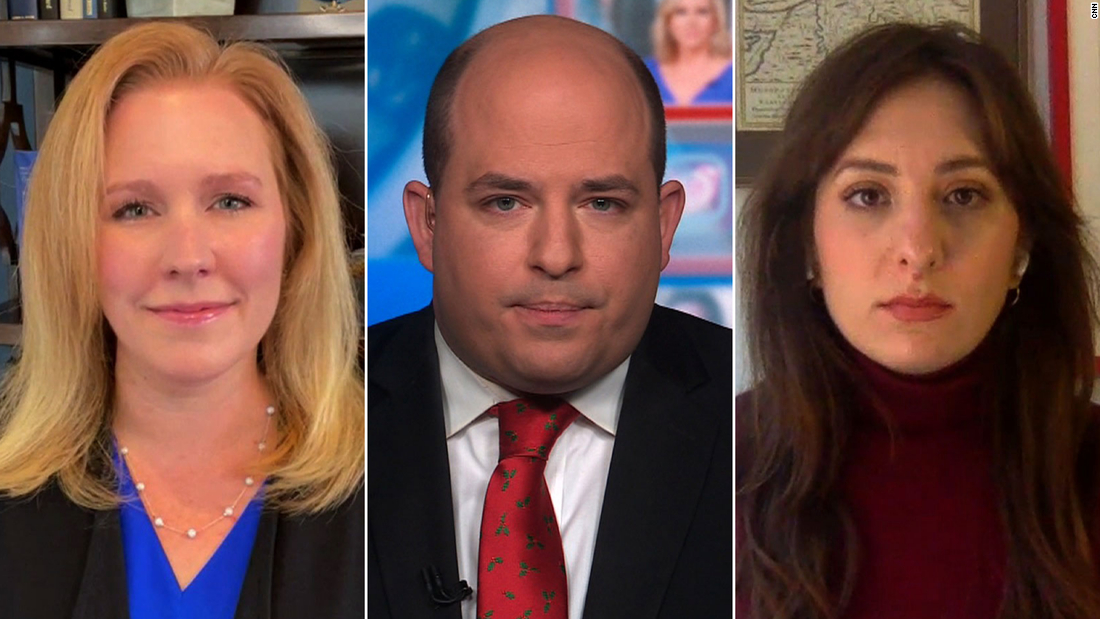 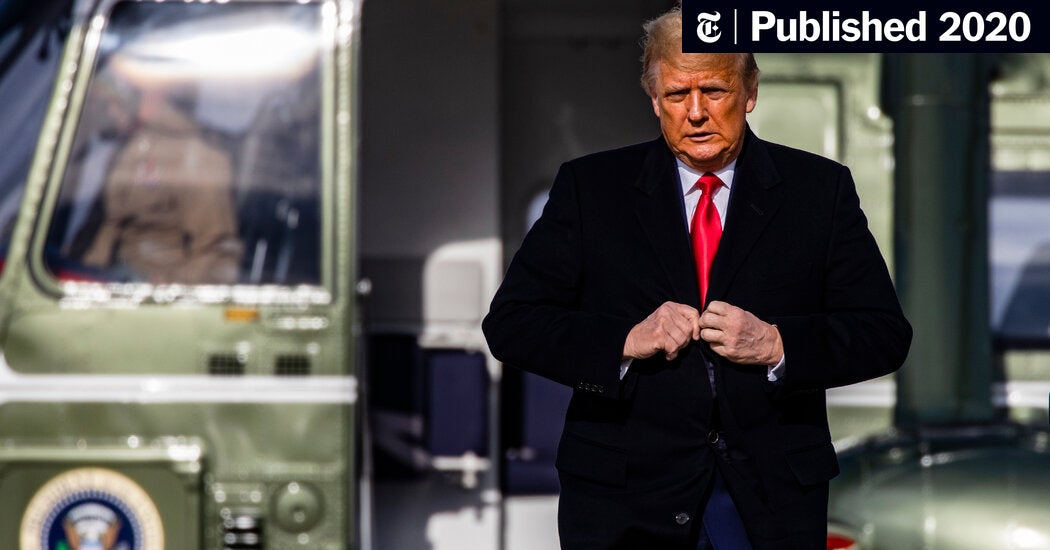 Rudy Giuliani called Ken Cuccinelli, second in command at the Department of Homeland Security, on Thursday night and asked him whether DHS could seize voting machines, a source familiar with the call confirmed to Axios.
Zum Vergrößern anklicken.... 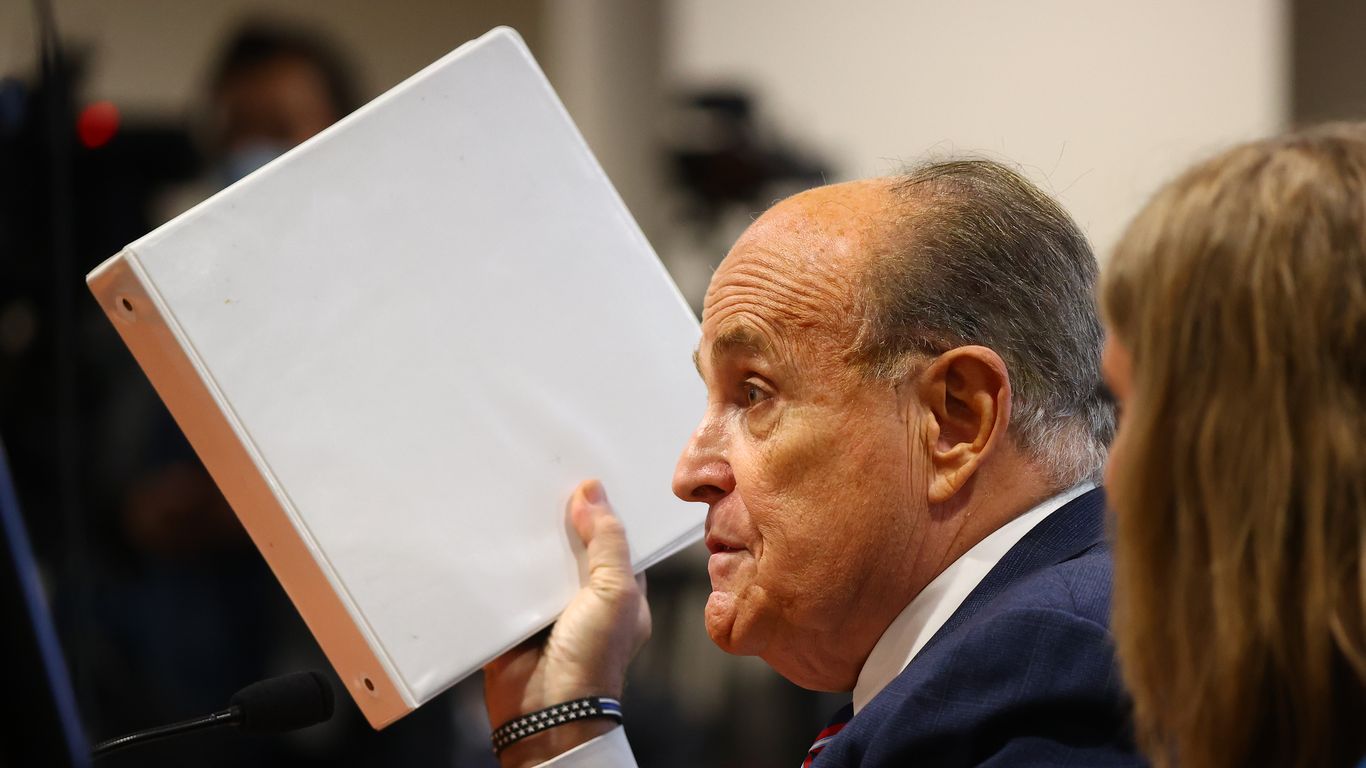 He is part of a dwindling group of Trump loyalists trying to act on his continued election protests.

I Sued Blackwater for the Massacre of Iraqi Civilians. Trump Just Pardoned Those Convicted Killers.​

Trump’s pardon of the Blackwater mercenaries who murdered 14 Iraqi civilians at Nisour Square shows the world what justice means in the United States.

Ali Kinani was 9 years old when he was shot in the head by Blackwater guards on September 16, 2007 in a traffic circle in Baghdad, Iraq. He was in the back seat of his father’s SUV with two of his cousins. Their mother was in the front seat. Ali’s father, Mohammed Kinani, was driving and saw four armored cars enter the traffic circle from the wrong direction. The “soldiers” held up their hands for traffic to stop. Mohammed stopped his car. He initially thought the men were U.S. soldiers. They were not. [...]

The Nisour Square massacre was the FBI’s most comprehensive and expensive criminal investigation since 9/11. Dozens of witnesses were brought to the United States to testify about what happened on September 16, 2007. The efforts of the investigators, the prosecutors, and the men and women who supported them was immeasurable. The expense was to show the people of Iraq that the U.S. government would hold people accountable for their crimes, no matter when or where they were committed.
Zum Vergrößern anklicken.... I Sued Blackwater for the Massacre of Iraqi Civilians. Trump Just Pardoned Those Convicted Killers.

Trump’s pardon of the Blackwater mercenaries who murdered 14 Iraqi civilians at Nisour Square shows the world what justice means in the United States. 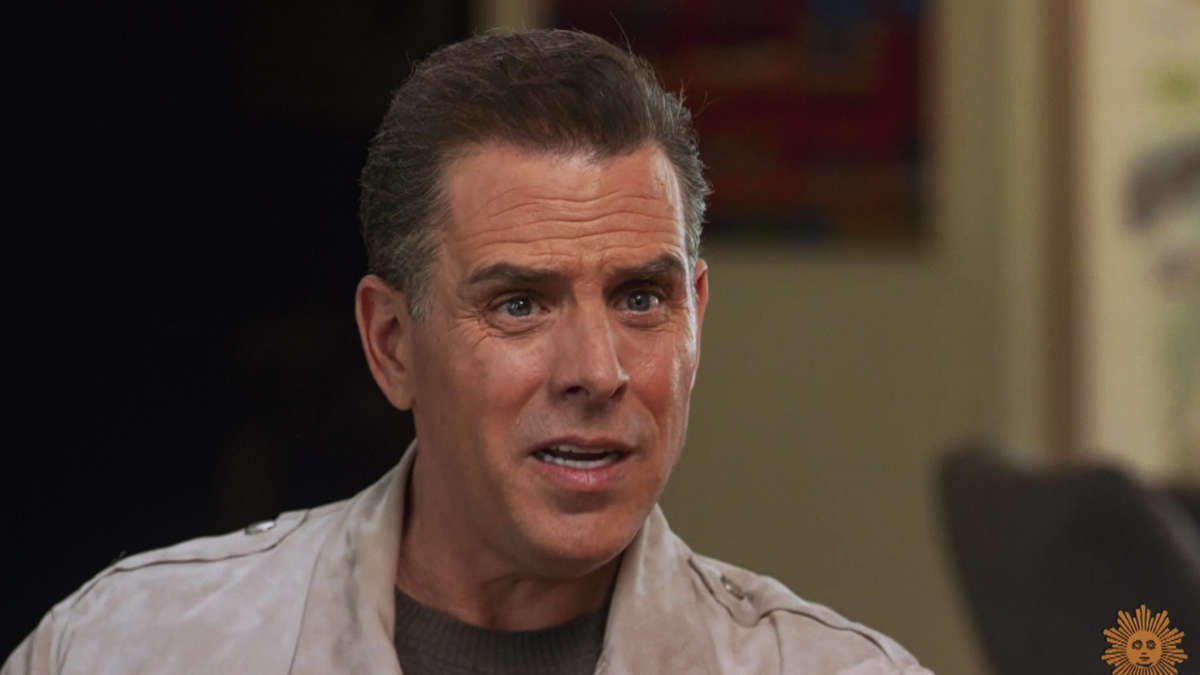